Stanford researchers use drones to monitor penguins in Antarctica

The title says it all. Almost, anyway.

A group of researchers at Stanford University has developed a multi-drone imaging system and used it to survey colonies of nearly one million Adelie penguins in Antarctica. The findings from this study were recently published in Science Robotics.

It is, and that’s precisely why this study is such a landmark for drone technology.

Prior to this study, penguin colonies were surveyed via helicopters or just one drone. Although it’s possible to get high-quality images using the helicopter method, it is expensive, potentially disturbing to the penguins, and fuel-inefficient to do so.

Meanwhile, using a single drone is time-consuming and infeasible to do at scale, because most drones have a battery life 15 minutes or less only in Antarctica.

I’m going to regret asking, but what does the algorithm do?

Let’s start by dropping the “a” word and giving it a nicer name.

The algorithm used for this study was named the Path Optimization for Population Counting with Overhead Robotic Networks, or POPCORN for short.

POPCORN partitions a given survey space, assigns destination points to each drone (the team used four drones for this study), and figures out how to move the drones through those points in the most efficient way possible, while maintaining a safe, constant distance from the ground and achieving a tunable image overlap.

According to the study, UAS survey routes have traditionally been based on an underlying geometric pattern, such as a “vaccuum” sweep, a spiral, or a space-filling curve.

Although this approach allows for fast comutations, it does not necessarily work well in cases in which multiple robots are tasked with simultaneously covering an irregularly shaped area.

The researchers write that the “geometric pattern” appraoch can also overconstrain how the coverage area is partitioned, which can lead to inefficient overall usage of multiple drones.

Because efficiency is a key component to the drone value proposition, if algorithms like POPCORN are adapted for other use cases, it could be a game changer for the drone industry.

What are the long term implications of this new method?

It’s worth noting that for years now, multi-drone systems – commonly referred to as “swarms” have been explored as potential approaches to environmental monitoring.

But this study seems to have gotten some impressive momentum, which suggests that its impact potential is quite high. Since wrapping up the penguin study in Antarctica, the researchers have deployed their multi-drone system in a number of other interesting use cases.

In one of these use cases, they flew the drones over Mono Lake to survey the California gull population that lives near Paoha Island in the lake’s center. This time, the researchers had to boat out onto the lake to release the drones, the birds were smaller (and therefore harder to monitor), and there was a risk of losing drones in the water.

Luckily, it seems that the mission was completed without any serious issues, suggesting that POPCORN can handle a a variety of complex environments.The team has also used the system to assess vegetation for livestock grazing at a large ranch in Marin, California.

Longer term, we could speculate that their multi-drone system will help monitor things like wildfires, tornado and hurricane damage, and other natural disasters.

By getting important data to researchers, first responders, and other decision-makers, in a quick and cost effective way, this system could result in more than a few cool publications and cute bird pictures. 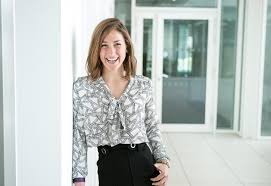