The combination of the global coronavirus pandemic and the 2020 presidential election has made it a challenging year for the United States’ economy.

Nearly every industry has experienced the pain of unexpected economic shutdowns. As the race to produce a vaccine continues, we are likely to see further economic difficulties.

The Pandemic's Effect on the Drone Industry

In the short term, many industries, including the UAV industry, have been negatively impacted by current events.

For example, globally, the commercial drone market has shrunk from $4.14 billion in 2019 to $3.64 billion in 2020. Thankfully, this downturn of around a -12% compound annual growth rate (CAGR) is less of a concern in the long run.

Despite the impact the virus and presidential election have had on the drone market, experts expect a strong and relatively quick recovery. By 2023, the commercial drone market will exceed previous levels and reach $6.15 billion, a CAGR of 19.09%.

This global growth is good news for the United States as they are expected to remain the second-largest market for drones, just behind the Asia Pacific region.

Given the United States’ share of the global drone industry and its annual spending on drones — more than double all other countries combined — there is every reason to bank on the strength of the UAV industry in the United States over the next decade. 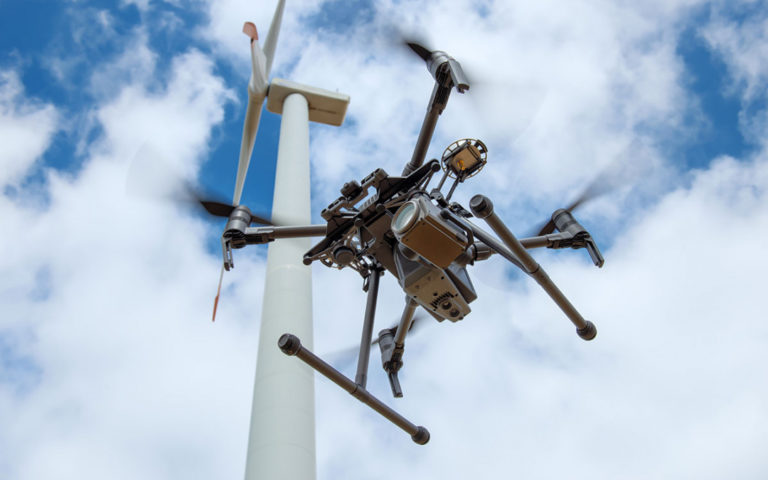 Reasons for a Positive Outlook

Several elements are contributing to the optimistic outlook for the United States drone market.

Some of the more significant factors are: the growing number of commercial drone pilots, the expansion of 5G networks across the country, and increased industry adoption of UAVs.

Let’s expand on each of these points.

It is important to note that the largest number of registered commercial drones is in the United States. As of Nov. 17, the FAA has a total of over 1.7 million registered drones, with about 30% of these classified as commercial UAVs. Additionally, the FAA has issued over 200,000 remote pilot certifications.

Related: 10-Year Outlook for the Drone Industry Within the United Kingdom

While the United States doesn’t have the fastest 5G network in the world, the system is expanding. Drone technology has advanced much faster than regulators could have ever anticipated. To keep the skies safe, the FAA imposed regulations on drone pilots, limiting the potential of UAV platforms.

Rules, such as the restriction to not fly a drone beyond a visual line of sight, have prevented drones from expanding further into new use cases. As the FAA becomes more comfortable with the technology, these restrictions are becoming less rigid.

With the current FAA restrictions and 4G network, drones can perform as needed. However, they will need 5G networks to operate in the skies sooner rather than later. The growth of these networks in the United States is paving the way for accelerating the use of drones within the county.

UAV technology continues to benefit from a growing acceptance of its use across a diverse set of industrial applications. Several businesses that are only recently beginning to use drones on a large scale, such as insurance companies, will become significant utilizers of the platform in the near future.

Other industries, such as construction, emergency response, and energy, have also used drones for quite some time for surveys and inspections. Additionally, the FAA published airworthiness criteria for the proposed certification of 10 different Unmanned Aircraft Systems (UAS) or drones as special class aircraft. This is a crucial step to enabling more complex drone operations beyond what is allowed under Part 107, including package delivery.

During the pandemic, drones have certainly proven themselves as useful tools.

Deliveries of medical supplies, test kits, and other critical items have received a great deal of publicity. People and businesses are becoming very comfortable with the beneficial uses of drones. In fact, we at Consortiq have been heavily involved in a United Kingdom medical supply delivery project!

Even more exciting are the promises of fully autonomous UAV solutions and swarm technology. Once fully developed and given regulatory approval, autonomous systems and swarms could bring about explosive growth for the UAV industry in both the United States and globally.

Sure, the coronavirus has negatively affected the short-term UAV market in the United States. However, given the significant numbers of UAVs and commercial drone pilots, a growing 5G network, and the expanding use of drones in numerous industries, there’s plenty of optimism to brighten the outlook through 2030.

If you have yet to explore the use of drones in your organization, now may be a perfect time. Complete the form below and we’ll help get you started!