Drones were previously known to be a unreliable and an expensive toys, but in the 1980s that attitude began to change.

Unmanned Aerial Vehicles (UAVs) have been around for centuries and were solely used for military purposes. The earliest recorded use of a UAV dates back to 1849 when the Austrians attacked the Italian city of Venice using unmanned balloons that were loaded with explosives.

Although balloons would not be considered a UAV today, this was a technology the Austrians had been developing for months before, which led to further advancements. In 1915, British military used aerial photography to their advantage in the Battle of Neuve Chapelle. They were able to capture more than 1,500 sky view maps of the German trench fortifications in the region.

The United States began developing UAV technology during the First World War in 1916 and created the first pilotless aircraft. Shortly after, the U.S Army built the Kettering Bug. While continuing to develop UAV technology, in 1930 the U.S Navy began experimenting with radio-controlled aircraft resulting in the creation of the Curtiss N2C-2 drone in 1937. During WWII, Reginald Denny created the first remote-controlled aircraft called the Radioplane OQ-2. This was the first massed produced UAV product in the U.S and was a breakthrough in manufacturing and supply drones for the military.

Drones were previously known to be an unreliable and an expensive toy, but in the 1980’s this attitude began to change. The Israeli Air Force’s victory over the Syrian Air Force in 1982 contributed to this change. Israel used both UAVs and manned aircraft to destroy a dozen of Syrian aircraft with minimal losses.

Further, in the 1980’s, The U.S created the Pioneer UAV Program to fulfil the need for inexpensive and unmanned aircraft for fleet operations. In 1986 a new drone was created from a joint project between the U.S and Israel. The drone was known as RQ2 Pioneer, which was a medium sized reconnaissance aircraft.

More recently, in 1990 miniature and micro UAVs were introduced and in 2000 the U.S deployed the Predator drone in Afghanistan while searching for Osama Bin Laden. Although many of the most notable drone flights have been for military purposes, technology is continuing to advance and receive more attention.

In 2014, Amazon proposed using UAVs to deliver packages to customers and some real-estate companies are using drones to shoot promotional videos. The uses of drones will continue to grow in many industries worldwide.

Check out our short history of unmanned aerial vehicles infographic below (UAVs).

If you’re looking to bring drones into your organization, we can help you with training, understanding requirements, and we can even do the flying for you!

Complete the form below to get started today! 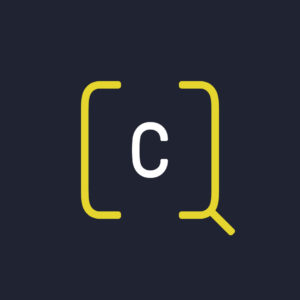 Want to Integrate Drones Into Your Organization? Contact Us Today to Get Started!